It was used as a municipal office 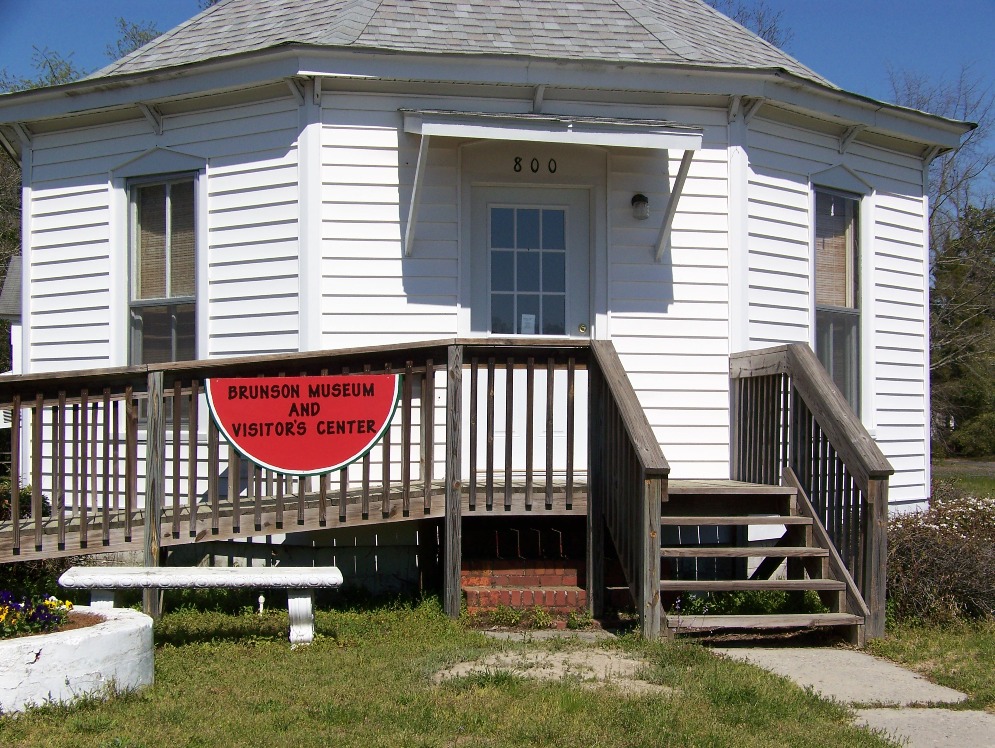 and meeting place for the Mayor and Councilmen. It was built over the town's artesian well to provide protection and shade. Benches were placed around the artesian well to provide a recreational spot for the towns people. While the open arena under the town hall was planned for pleasure, it was also used as the town's voting place. It was even the scene of one election slaying. Townspeople will tell you that many of cotton crops was planned there. In 1952 the artesian well was covered and a modern water supply was installed. The tiny town hall was crowded out by the modern highway and rail systems, so in 1959, it was moved to it's current location and the stilts were removed. The town hall continued to serve as the center of town government until 1996.

The museum offers a wonderful collection of artifacts, photographs, paintings, and other memorabilia documenting the history of Brunson and the surrounding area.

The Brunson Museum and Visitors' Center is operated under the authorization of the Town of Brunson through a volunteer board. Hours of operation are Thursday 2-5 pm or by appointment. The Museum is located at 800 Railroad Avenue in Brunson South Carolina.